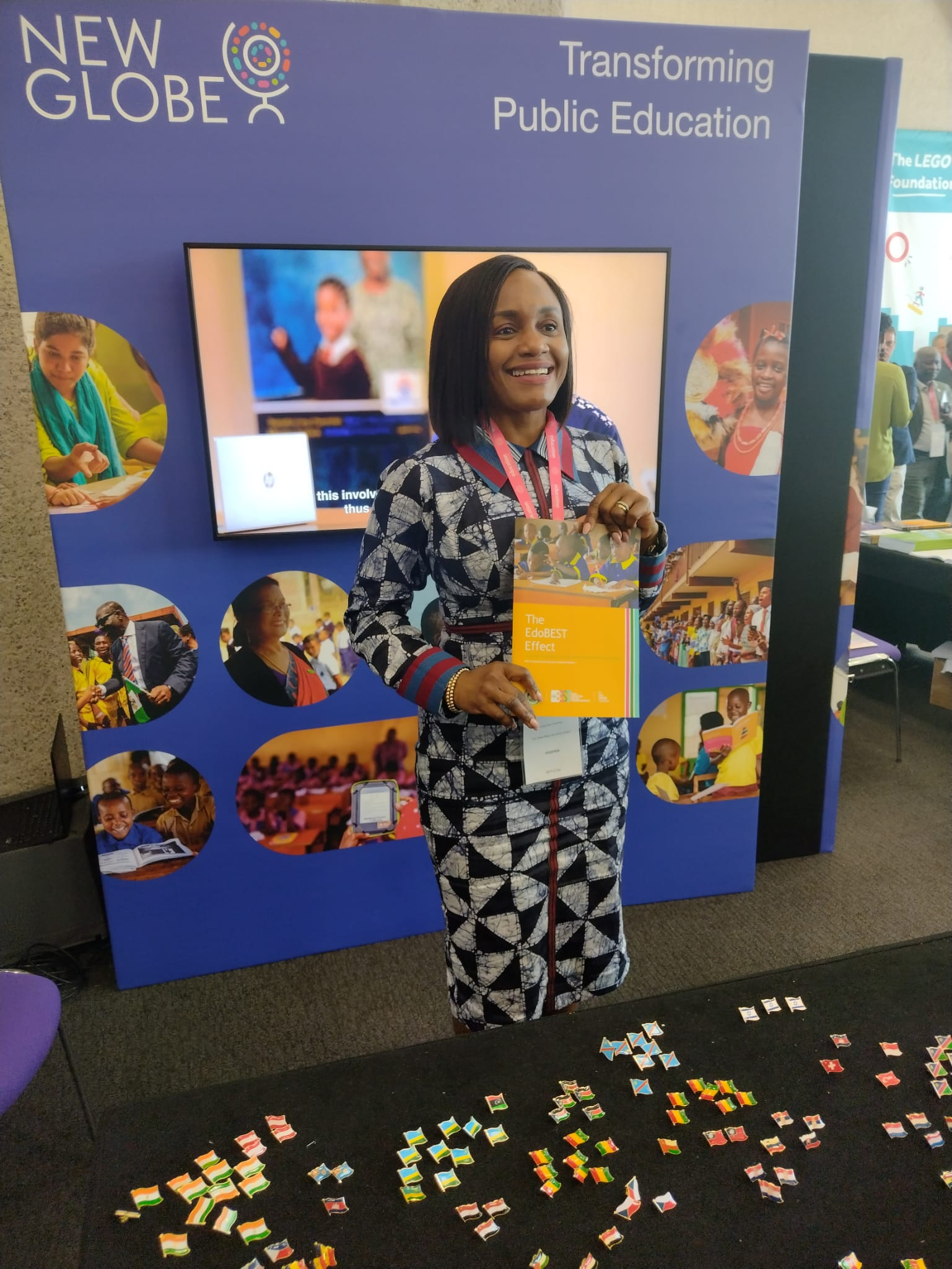 EdoBEST, the basic education sector reform programme introduced by Governor Godwin Obaseki for Edo State’s education sector, is being projected as a home-grown solution at the 2022 Education World Forum in London.

Education World Forum is the world’s largest gathering of education and skills ministers and it is supported by the Department of Education of the United Kingdom, the Department for International Trade, Foreign Commonwealth and Development Office, the British Council as well as the leading global brands such as Microsoft, York Press, New Globe, Qualcomm, Odilo, among others.

The 2022 Education World Forum (EWF2022)will be attended by thought leaders in the global education sector from over 165 countries, focusing on the theme: “Education: Building forward together, stronger, bolder, better”. According to the organizers, the programme is to enhance planning and education development to give support to individual and collective resilience.

It should be recalled that March 2022 marked two years since COVID-19-related disruptions began to affect global education. Most leaders believe that now is the time to building forward together, stronger, bolder, better in the education sector.

For instance, the United Nations International Children’s Emergency Fund (UNICEF) has warned that the scale of loss “is nearly insurmountable.” In a detailed report, UNICEF notes that, “millions of children significantly missed out on the academic learning they would have acquired if they had been in the classroom, with younger and marginalized children facing the greatest loss.”

The report further stated that the most affected were the low-and-middle-income countries, where learning losses to school closures have left up to 70 percent of 10-year-olds unable to read or understand a simple text (up from 53 percent pre-pandemic).

There may not be accurate figures that show the loss in Nigeria. Notwithstanding, the statements made by the representatives of UNICEF, Nigeria office, and the Universal Basic Education Board (UBEC) indicate that the numbers are grim. Unfortunately, Nigeria is not alone as several developing countries are in the same boat.

Further, EdoBEST has gained recognition as a template for rapid improvement in learning outcomes in public-school systems. Upon implementation of EdoBEST, pupils in Edo State’s primary schools began to learn more, spent more time learning, worked harder, and experienced a more positive classroom environment. This was not restricted to boys, as girls in EdoBEST schools outperformed all other students.

After it was successfully implemented in primary schools across the state, all the state-owned junior secondary schools in Edo adopted it. The EdoBEST model has been understudied and embraced by Lagos and Kwara states in a bid to enhance the performance of their schools.

At the international level, several governments across Africa have understudied the EdoBEST model while the programme has received the support and endorsement of the World Bank. The bank has described EdoBEST as an example of how a public-private partnership can be arranged and should work.

“We cannot go out to look for models that work when we have a homegrown model that is working in Edo State”, Babajide Sanwo-Olu, Lagos State Governor, told a gathering at the Ekiti State Fountain Summit in 2021.

At EWF2022, all the sessions have been designed to assist participants respond to education sector challenges. These sections will enable those present learn how their counterparts have strengthened, changed and improved the school systems within their territories.

Participants will be exploring what has been learnt about equity, use of artificial intelligence, technology, data and information and their impact on education when society and its systems become more stretched and pressured as it happened during the pandemic.

In all, by following the programme through, they will each have been helped to develop their own picture, for their individual contexts, of how to build a stronger, bolder and better future.

The desire to build a stronger future is what is inspiring programmes like EdoBEST. As an example, Governor Obaseki noted in a Financial Times article that “with thousands of young boys and girls undertaking perilous trips across the Saharan desert in the hope of reaching Europe, we were forced to focus on the root causes propelling them to migrate at any cost.

“One factor was the difficult economic and social circumstances of parents in some rural communities. The breakdown of the education system — particularly at the basic level — also resulted in a significant learning deficit among young people, which made them unemployable and desperate to find a future elsewhere”, Obaseki said.

EdoBEST was therefore a response to an education system that was underperforming with pupils not able to match their counterparts elsewhere. As a response, the programme has addressed the issue of poor training of teachers, teacher absenteeism, poor syllabus, lack of data to make decisions, and disconnect between communities and the schools in their localities.

The result is the quantifiable progress that is being seen across Edo schools and the endorsements that have followed each milestone.

This article appeared originally on BusinessDay, May 26, 2022.