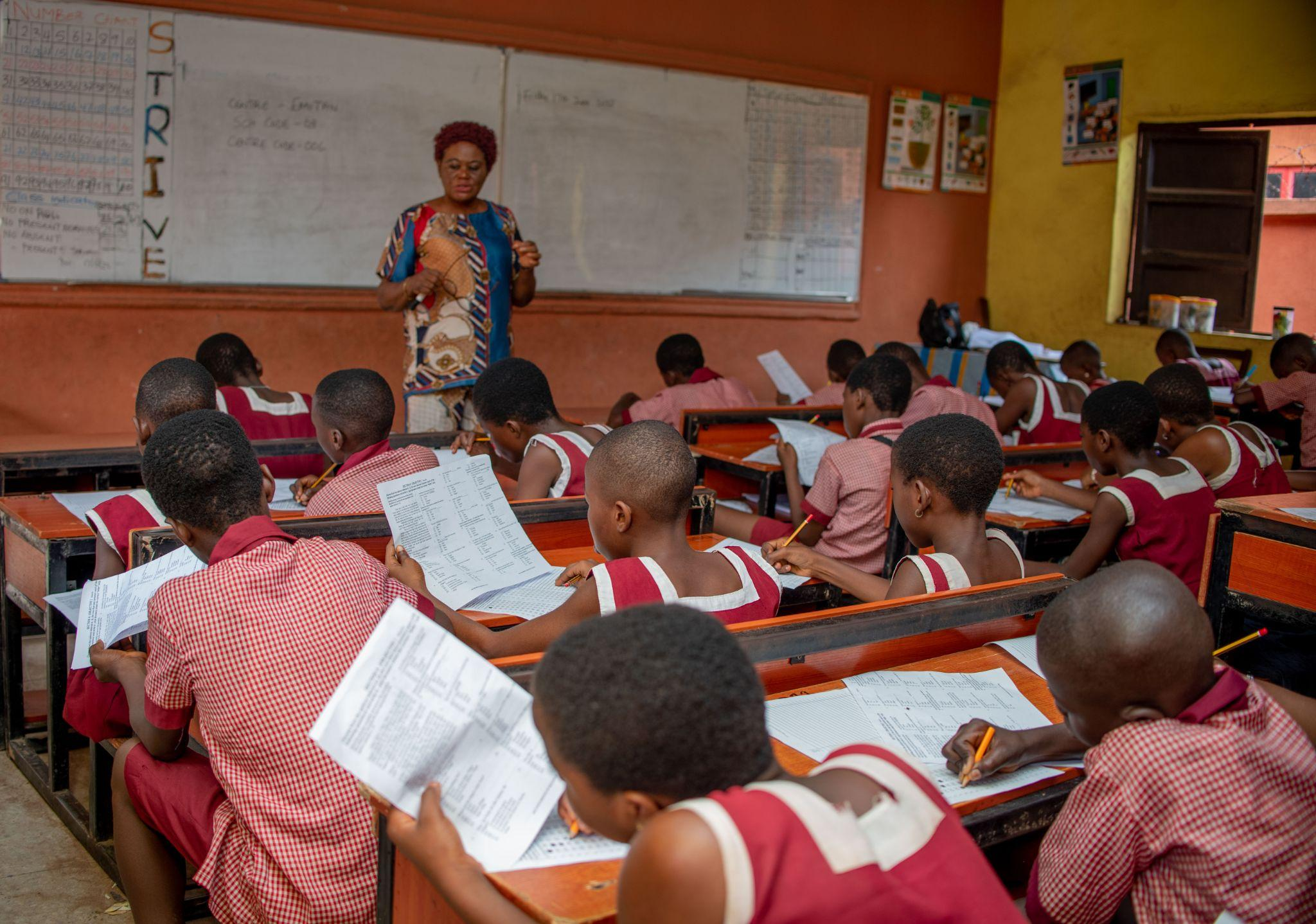 How EdoBEST is delivering excellence through methodology that works

When Governor Godwin Obaseki adopted the standardized teaching technique underpinning EdoBEST as a measure to drastically improve learning outcomes and boost the confidence of parents in the public-school system, not many individuals understood what he was doing.

Back in 2018, Governor Godwin Obaseki noted that the foundation must be set right for children in Edo State hence the state-wide reform. He noted that “Our aim was to deliver standardised learning outcomes to all primary school children across Edo State by supporting teachers to focus on their pupils. That required tough political decisions, including an overhaul of the State Universal Basic Education Board.”

One after the other, endorsements have continued to roll in as more national and international institutions attest to the impact of the programme and the superiority of the methodology that drives it.

In early June 2022, a study by a development economist and Nobel Prize winner, Michael Kremer further validated the methodology behind EdoBEST using data collected over a two-year period from Bridge Kenya Schools which use exactly the same method as EdoBEST.

The study confirmed the accelerated learning gains achieved by the methodology in Bridge Kenya schools and recommended it for governments looking to improve the learning outcomes in their public school system.

For students in EdoBEST schools, using a similar methodology to that practiced in Bridge Kenya Schools ensures that they have access to quality education and a structured learning curriculum designed to inspire learning and create a positive learning environment.

The gains were more evident for early childhood development as pupils gained almost an additional year and a half of learning using the methods of Bridge Kenya. This translates to two years of learning what students in other schools learn in three and a half years.

The two-year study supported by the World Bank, The Gates Foundation, JPAL and Imaginable Futures, is the result of a large-scale randomized control trial (RCT), including more than 10,000 students from low socioeconomic backgrounds.

The study also emphasized the potential of applying the standardized method of teaching for children in early development stages, especially when used on a large scale. He noted that “If replicated at scale across public education systems, the gains would be enough to put African students from underserved communities on track to match their peers in countries with incomes three or four times higher.”

The EdoBEST programme has not only reformed the education content for basic education but has also created a learning environment that motivates learning. The EdoBEST methodology ensures that girls have the same learning opportunity as boys and this has led to an increase in attendance.

Combining the technology-based teaching method with practices that encourage pupils to strive for excellence, teachers and pupils are more at home with the school system.

Indeed, EdoBEST schools experienced an increase in both female and male enrolment with a gender parity index of 95.7 percent. With the expansion into junior secondary school, the future of basic education in Edo State is on the right track as accolades continue to pour in for the methodology.